The Arctic spill has contaminated a swath of land that covers roughly 135 square miles (350 square kilometers), according to the BBC. It is believed that ground subsidence, or the sinking or settling of the ground, beneath storage tanks holding fuel at the plant is behind this spill. This incident comes during a time when unusually high temperatures are causing the  Arctic permafrost to melt mains the damage control process even more difficult.

Permafrost, ground that remains at or below 0’C for two or more years, underlies about a fifth of the land surface of the Earth. It consists of an active layer at the surface that freezes and thaws each year, underlain by perennially frozen ground.

Permafrost is any ground that remains completely frozen—32°F (0°C) or colder—for at least two years straight. These permanently frozen grounds are most common in regions with high mountains and in Earth’s higher latitudes—near the North and South Poles.

Over half of Canada and Russia, most of Alaska, and north-east China are underlain by continental perma- frost, while alpine permafrost is found at high elevations in middle and low latitude. 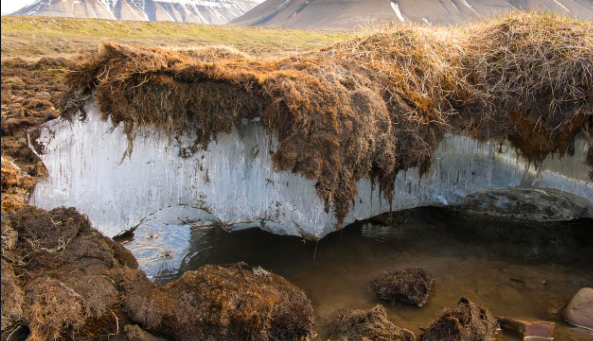 What is Permafrost Made of?

Permafrost is made of a combination of soil, rocks and sand that are held together by ice. The soil and ice in permafrost stay frozen all year long.

Near the surface, the soils also contain large quantities of organic carbon—a material leftover from dead plants that couldn’t decompose, or rot away, due to the cold. Lower permafrost layers contain soils made mostly of minerals. 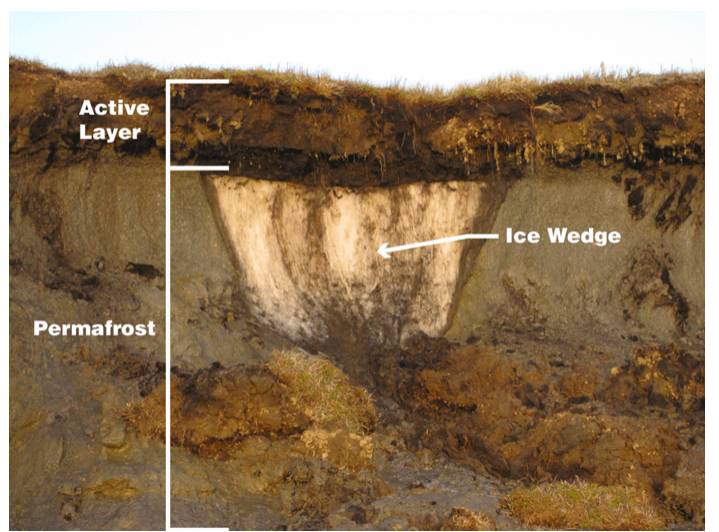 Thawing permafrost can have dramatic impacts on our planet and the things living on it. For example: