The Supreme Court-appointed interlocutors Sanjay Hegde and Sadhana Ramachandran  to persuade anti-Citizenship Amendment Act protesters to end their blockade of a public road. This was an attempt at court-ordered mediation to resolve an issue of road-blockade. 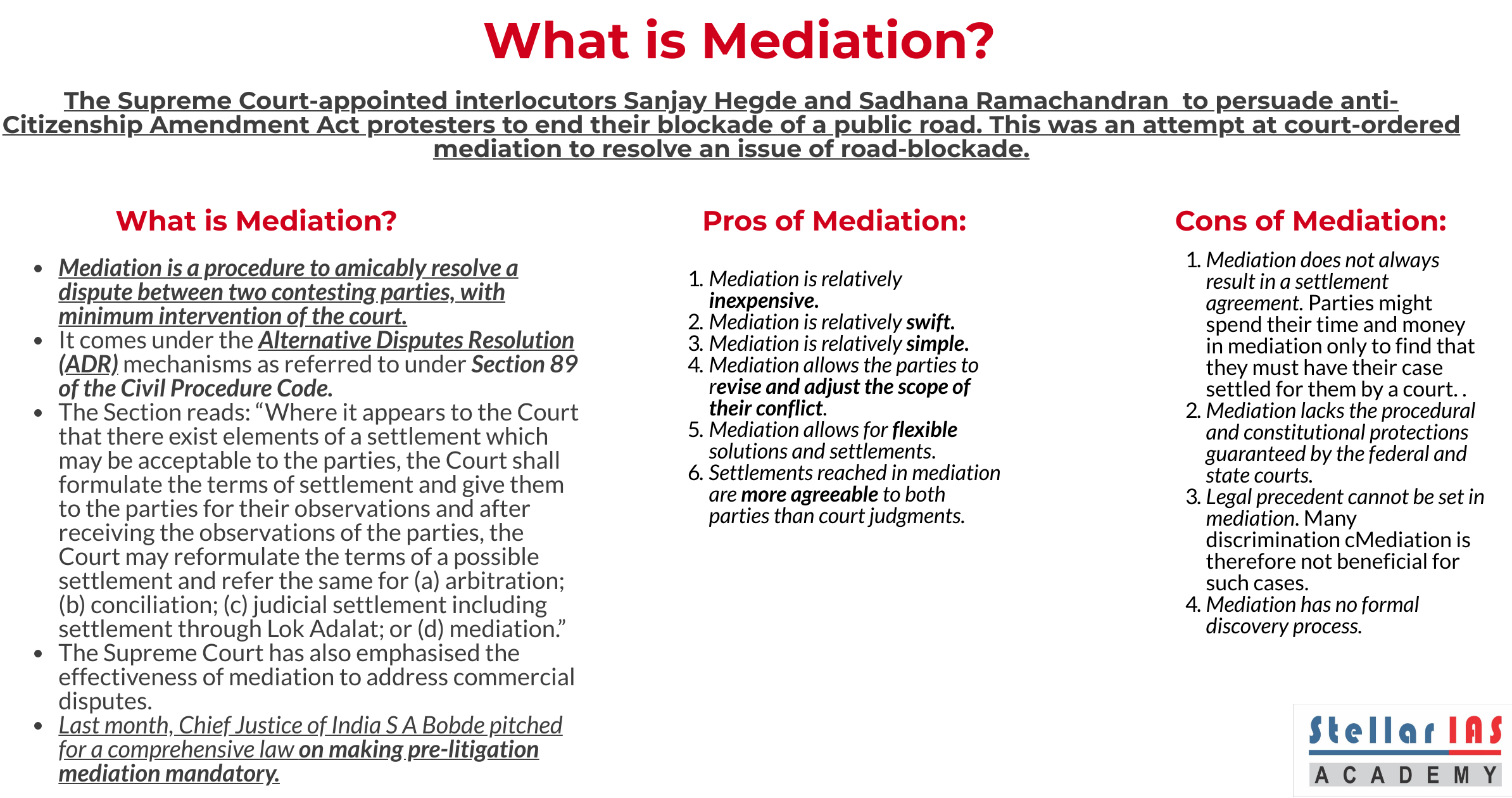