The virtual Non-Aligned Movement (NAM) Contact Group Summit on “United against Covid-19” through video conferencing was held recently.  The meeting was convened at the initiative of President Ilham Aliyev of Azerbaijan, in his capacity as chair of the Non Aligned Movement.

As a nation born in the backdrop of the world war, India decided to conduct its foreign relations with an aim to respect the sovereignty of all other nations and to achieve security through the maintenance of peace.

The Indian national movement was not an isolated process. It was a part of the worldwide struggle against colonialism and imperialism. It influenced the liberation movements of many Asian and African countries.

Therefore, the noble ideals that inspired India’s struggle for freedom influenced the making of its foreign policy. But India’s attainment of independence coincided with the beginning of the Cold war era.

The foreign policy of independent India vigorously pursued the dream of a peaceful world by advocating the policy of non-alignment, by reducing Cold war tensions and by contributing human resources to the UN peacekeeping operations. 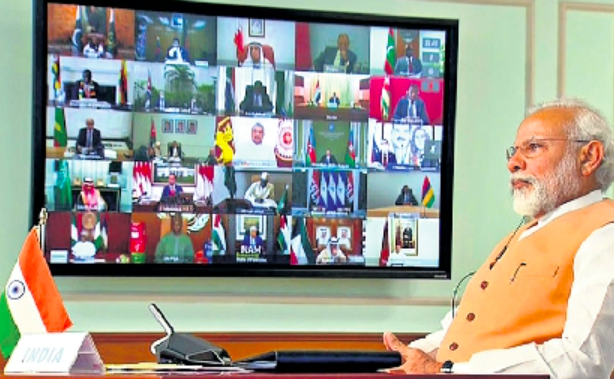