The sea of Maramara, which lies within Turkey and separates Istanbul between Europe and Asia, is festered with a new challenge- sea snot. The sludge has also been seen in the adjoining Black Sea and Greece’s Aegean Sea, which are connected by the Sea of Marmara.

The huge mass of organic matter has taken over the water body, disturbing the aquatic ecosystem and local communities. The crisis has been triggered by global warming and increasing pollutants. 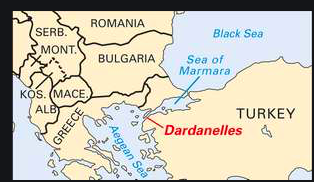 Amid growing concerns over the accumulation of the slimy green sludge, Turkey has vowed to save its shores from new development building up in its waters.

Sea-snot was first found in Turkey in 2007. However, the recent outbreak is the biggest in its history.

What is Sea Snot? 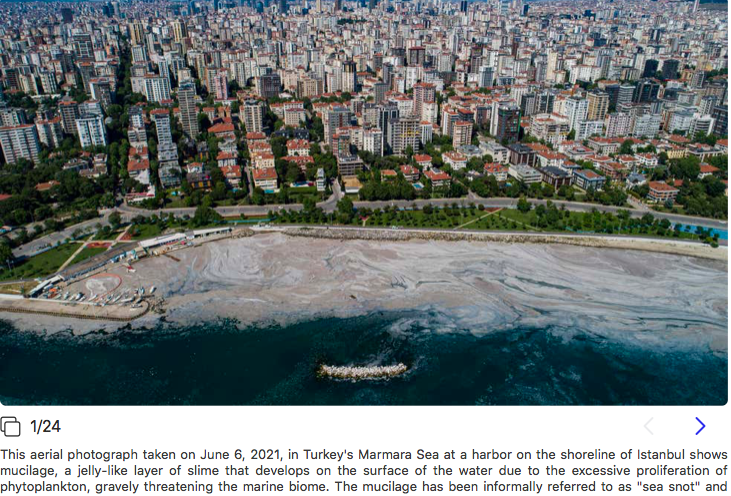 Why the heightened focus?

The Sea of Marmara connects the Black Sea to the Aegean Sea, which is an important trade route for the region. At the moment boats have to negotiate through the thick sludge in the Marmara, however, if it spreads rampantly to the Black Sea it could create a global problem.

Turkey’s Environment Minister Murat Kurum announced plans to fight the outbreak, including designating the Sea of Marmara a protected area, reducing pollution and improving wastewater treatment, according to Reuters. He also said Turkey plans to cut nitrogen levels in the sea by 40%.