A record number of fake online pharmacies have been shut down under Operation Pangea XIV targeting the sale of counterfeit and illicit medicines and medical products.

It resulted in 113,020 web links including websites and online marketplaces being closed down or removed, the highest number since the first Operation Pangea in 2008.

In Venezuela a man was arrested after he developed an e-commerce platform on WhatsApp to sell illicit medicines. 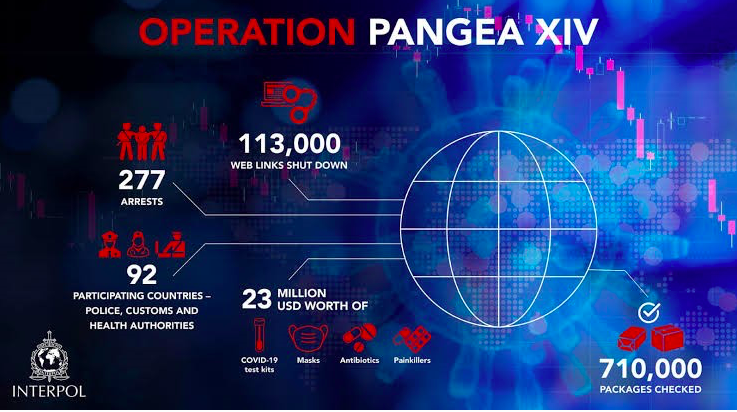 Operation Pangea XIV was Supported by the Pharmaceutical Security Institute, the United Nations Office on Drugs and Crime/World Customs Organization’s Container Control Programme and Europol, overall the operation resulted in the seizure of around 9 million medical devices and illicit pharmaceuticals, including: