The new Test for COVID-19 detection based on CRISPR Technology  confirms presence of viral DNA in samples faster and more accurately  than the RT-PCR based test kits used globally as of now.Sherlock Biosciences’s CRISPR SARS-CoV-2 Rapid Diagnostic kit with the detection time of 1 hour receives FDA Emergency Use Authorization in the United States

A new kit — based on clustered regularly interspaced short palindromic repeats (CRISPR) technology — that tests for the novel coronavirus (SARS-CoV-2) in an hour’s time and the results for which can be seen through the naked eye, is now available.

STEPS of the CRISPR based Test :

The test for COVID-19 based on CRISPR technology  has three steps. Genetic material is extracted from the patients’ sample and is amplified using a commercially available polymerase amplification kit. This step takes around 25 minutes.

The amplified viral sample is then incubated with and detected with Cas13 (an RNA editing technique), which takes 30 minutes.

A commercially available paper dipstick is then used to confirm the presence of the virus. This confirmation can be done through the naked eye and takes around two minutes.

The test based on CRISPR for Covid-19 only needs basic equipment found in most labs.

In addition to SHERLOCK, the company is also developing its INSPECTR™ platform to create an instrument-free, handheld test – similar to that of an at-home pregnancy test – that utilizes Sherlock Biosciences’ Synthetic Biology platform to provide rapid detection of a genetic match of the SARS-CoV-2 virus.

What is CRISPR-Cas9 Technology?

CRISPR-Cas9, which is short for clustered regularly interspaced short palindromic repeats and CRISPR-associated protein 9, is a genome editing technology.

Genome editing (also called gene editing) is a group of technologies that give scientists the ability to change an organism’s DNA. These technologies allow genetic material to be added, removed, or altered at particular locations in the genome

The medical applications of CRISPR have taken the spotlight, especially after the intense criticism that surged after a Chinese scientist revealed to the world the birth of ‘CRISPR twins’, the first humans to be born from a gene-edited embryo. 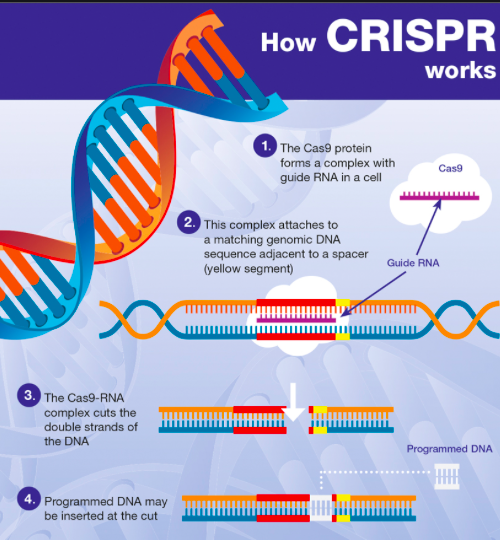