Mekedatu, meaning goat’s leap, is a deep gorge situated at the confluence of the rivers Cauvery and its tributary Arkavathi.

On July 6, Karnataka Chief Minister B.S. Yediyurappa said in Bengaluru that his government would go ahead with the long-pending Mekedatu dam project in the Cauvery Basin to cater to the drinking water needs of the Bengaluru Metropolitan City and surrounding areas.

•It is a multi-purpose balancing reservoir project over Mekedatu, built at a cost of Rs 5,912, was aimed at solving the drinking water problems of Bengaluru and Ramnagar district. This project was also touted as one that could generate hydroelectricity to meet the power demand in the state.
•The Centre has given its assurance that Karnataka will not be allowed to carry out any construction on the Mekedatu dam project on the Cauvery river until its Detailed Project Report (DPR) is approved by the Cauvery Water Management Authority (CWMA).

Tamil Nadu also argues that the project is against the final order of the Cauvery Water Disputes Tribunal (CWDT) in which the SC held that no state can claim exclusive ownership or assert rights to deprive other states of the waters of inter-state rivers and  that no constructions should be made at Mekedatu without the approval of lower riparian states as per the Supreme Court order. 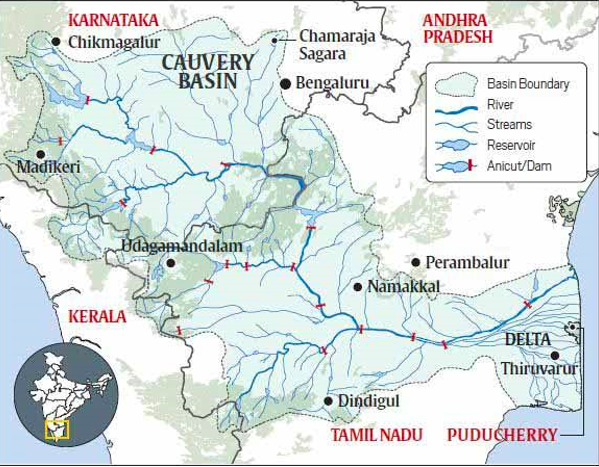 According to Article 262, in case of disputes relating to waters: