What is a K-Shaped Recovery?

Typical economic recoveries can include V, W, Z, U and L.However, economists are starting to think the recovery from COVID-19 might be K-shaped.This is likely as technology and large capital firms are expected to recover at a far faster rate than small businesses and industries directly affect by COVID-19, such as hospitality.

A K-shaped recovery happens when different sections of an economy recover at starkly different rates. 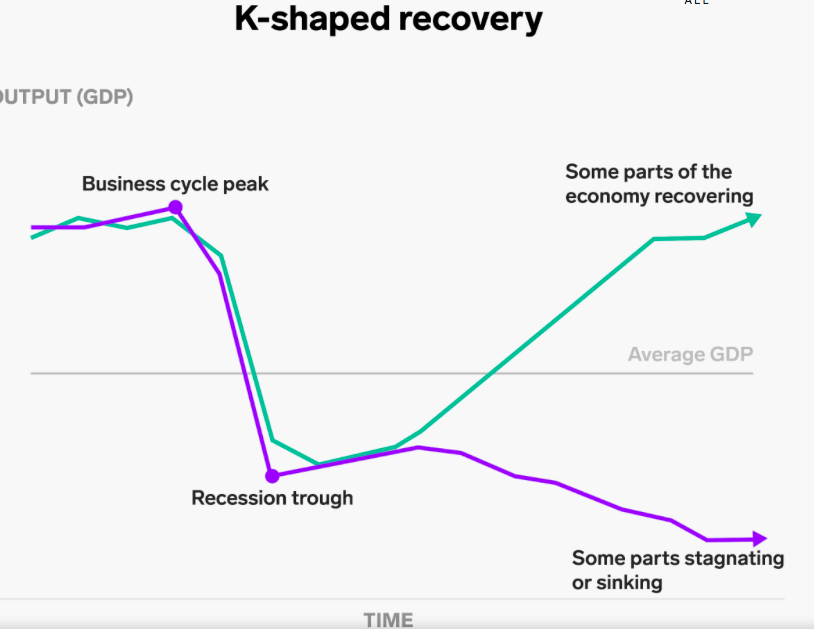 The covid-19 recovery path bifurcates in two directions: large firms and public-sector institutions with direct access to government and central bank stimulus packages will make some areas of the economy recover fast but leave others out. Those that get left out are the usual whipping boys: small and medium-sized enterprises (SMEs), blue-collar workers, and the dwindling middle class