Canada and parts of United States are experiencing extreme temperatures, due to which hundreds of people have died. The weather is due to heat dome, a climate phenomenon behind sudden rise in temperatures.

A heat dome occurs when the atmosphere traps hot ocean air like a lid or cap.A heat dome is a weather phenomenon in which high-pressure atmospheric conditions have trapped air coming in from the Pacific Ocean, heating the air column while compressing it down, like a lid on a saucepan.

This happens when strong, high-pressure atmospheric conditions combine with influences from La Niña, creating vast areas of sweltering heat that gets trapped under the high-pressure “dome.” 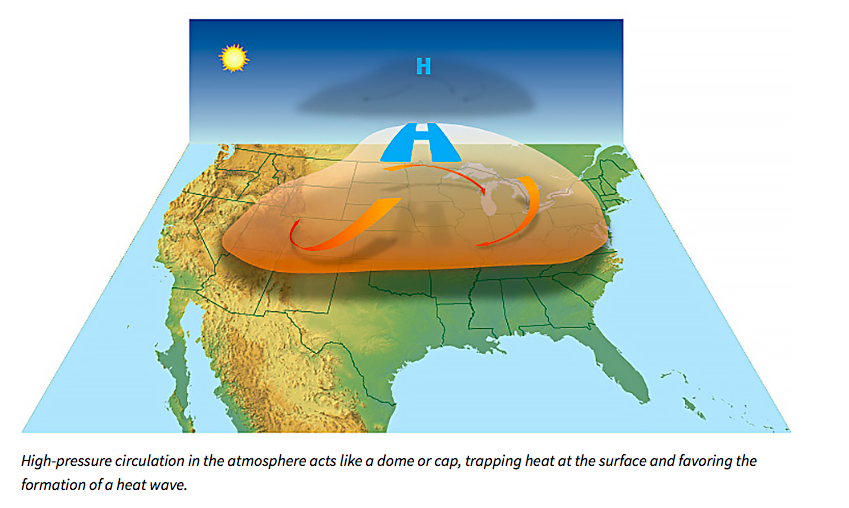 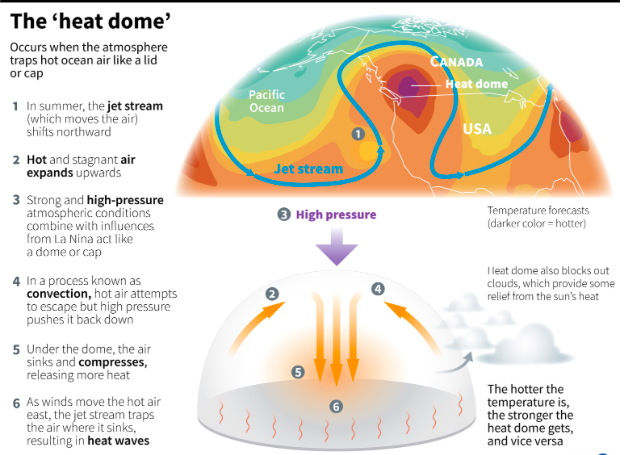 Imagine a swimming pool when the heater is turned on — temperatures rise quickly in the areas surrounding the heater jets, while the rest of the pool takes longer to warm up. If one thinks of the Pacific as a very large pool, the western Pacific’s temperatures have risen over the past few decades as compared to the eastern Pacific, creating a strong temperature gradient, or pressure differences that drive wind, across the entire ocean in winter.

In a process known as convection, the gradient causes more warm air, heated by the ocean surface, to rise over the western Pacific, and decreases convection over the central and eastern Pacific.

As prevailing winds move the hot air east, the northern shifts of the jet stream trap the air and move it toward land, where it sinks, resulting in heat waves.

The weather scientists have been highlighting the effects of rising temperature (climate change) on more extreme heat waves. According to a 2017 NOAA survey, average US temperatures have increased since the late 19th century.

Apart from the US, cities as far north as the Arctic Circle broke heat records this week.