A proposed township and area development project proposal on the Great Nicobar Island(Galanthea Bay) and Little Nicobar( South Bay and West Bay) is likely to impact turtle and megapode nesting sites and affect coral reefs, even as the Union environment ministry’s Expert Appraisal Committee (EAC) has recommended it for grant of terms of reference (TOR).

The township is to be developed over 149 sq. km and has to be evaluated for  seismic and tsunami hazards, freshwater requirement details (6.5 lakh people are envisaged to finally inhabit the island when the present population is only 8,500; the current total population of the entire island chain is less than 4.5 lakh), and details of the impact on the Giant Leatherback turtle.

Proposals for tourism and port development in the Andaman and Nicobar (A&N) Islands have conservationists worried over the fate of some of the most important nesting populations of the Giant Leatherback turtle in this part of the Indian Ocean.

Surveys conducted in the A&N Islands over the past three decades have shown that the populations here could be among the most important colonies of the Leatherback globally.

The A&N Islands are prominent in the National Marine Turtle Action Plan released on February 1, 2021, by the Ministry of Environment, Forest and Climate Change. The plan notes that “India has identified all its important sea turtle nesting habitats as ‘Important Coastal and Marine Biodiversity Areas’ and included them in the Coastal Regulation Zone (CRZ) – 1”.

South Bay and West Bay on Little Andaman and Galathea on Great Nicobar, along with other nesting beaches in the islands, find a specific mention here as “Important Marine Turtle Habitats in India” and the largest Leatherback nesting grounds in India. 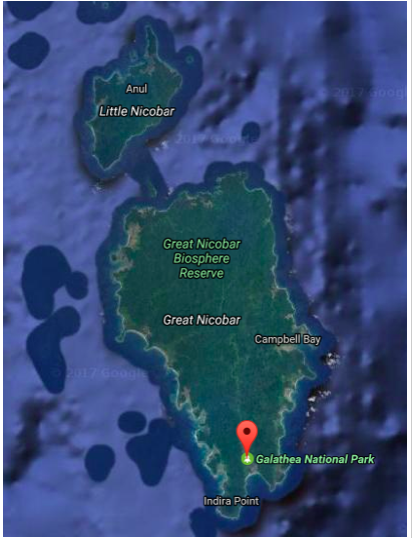