An extratropical cycloneis a storm that derives energy from horizontal temperature differences, which are typical in higher latitudes. From space, extratropical storms have a characteristic “comma-shaped” cloud pattern. Extratropical cyclones can also be dangerous because their low-pressure centres cause powerful winds.

Why do extratropical cyclones exist?

• There is an Energy surplus at tropics and an energy deficit at the poles.

– Angle of solar incidence ,Tilt of earth’s axis, axial parrallism, and other phenomena are responsible for this 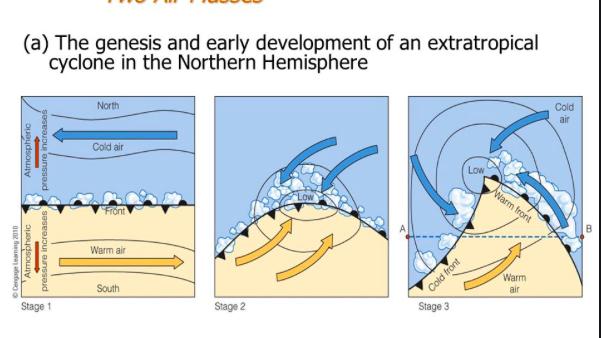 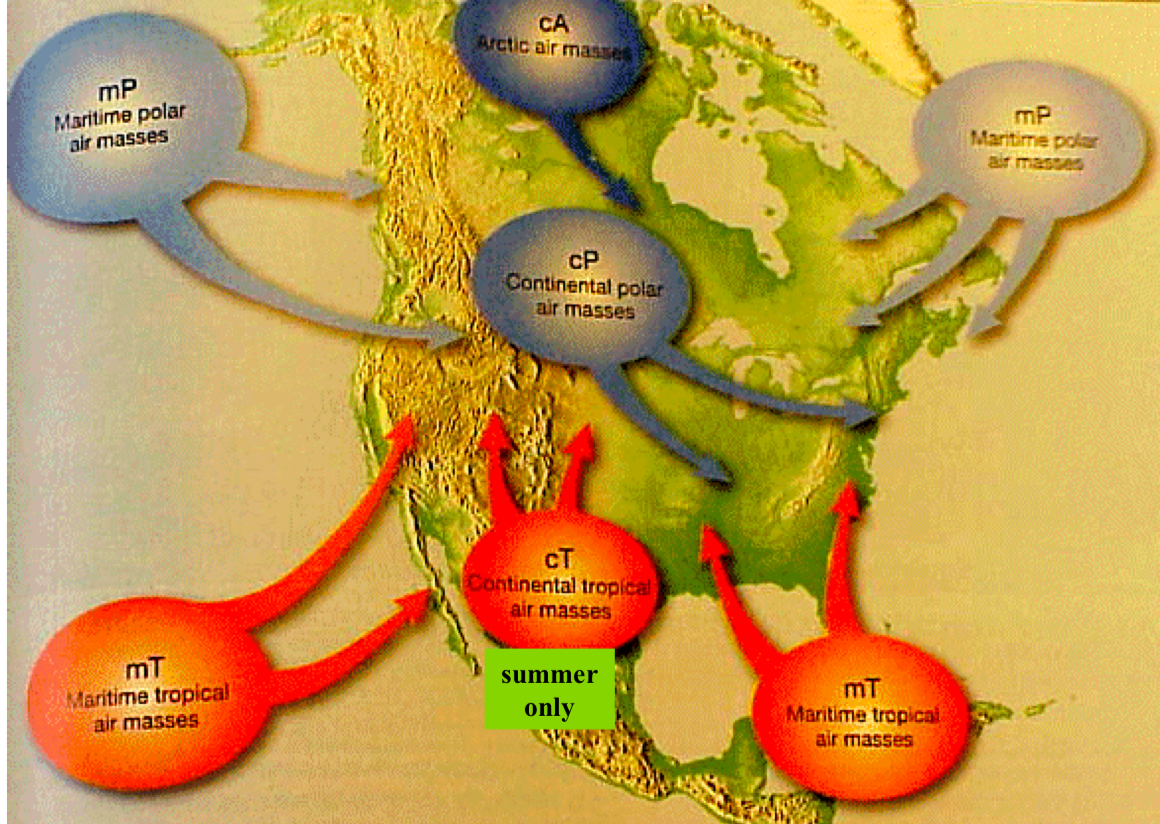 • Generally, fronts are identified and plotted where the interface intersects the ground – surface maps