China’s parliament, the National People’s Congress, passed the resolution  to enact the sweeping security legislation, which bans sedition, secession and subversion of the central government and allows mainland China’s state security agencies to operate in the city.

Now, a detailed law will be drafted and could be enacted in a matter of weeks, according to Chinese state media.

These terms have not been defined in the proposed law.

The move by China has prompted widespread condemnation and anxiety inside and outside Hong Kong about Beijing’s plans for the semi-autonomous territory
The mainland national security legislation will mark the first time that a Chinese law carrying criminal penalties has been introduced into Hong Kong’s legal code, bypassing the territory’s legislature and public consultation processes.
Beijing’s proposal violates the Basic Law, which states that Hong Kong shall enact anti-subversion laws “on its own”, according to the Hong Kong Bar Association, adding that there are “a number of worrying and problematic features” about the proposed law.

The British took control of Hong Kong in 1842 after the First Opium War. In 1898, the British government and the Qing dynasty of China signed the Second Convention of Peking, which allowed the British to take control of the islands surrounding Hong Kong, known as New Territories, on lease for 99 years. London promised Peking that the islands would be retuned to China after the expiry of the lease, in 1997.

Hong Kong returned to Chinese control on July 1, 1997, and Macau’s sovereignty was transferred on December 20, 1999. Both regions became Special Administrative Regions of China. The regions would have their own currencies, economic and legal systems, but defence and diplomacy would be decided by Beijing. Their mini-Constitutions would remain valid for 50 years — till 2047 for Hong Kong and 2049 for Macau. It is unclear what will happen after this term.

When the UK handed Hong Kong over to China in 1997, Beijing introduced a framework known as “one country, two systems” that granted the Asian financial hub a high degree of autonomy for 50 years. According to Hong Kong’s mini-constitution, the Basic Law, the territory is required to implement its own national security law to replace colonial legislation that was revoked during the handover. Tung Chee-hwa, Hong Kong’s first chief executive, tried to pass this legislation in 2003 but withdrew it after it triggered mass protests.

The One Country Two Systems policy was originally proposed by Deng Xiaoping shortly after he took the reins of the country in the late 1970s. Deng’s plan was to unify China and Taiwan under the One Country Two Systems policy. He promised high autonomy to Taiwan.  Under Deng’s plan, the island could follow its capitalist economic system, run a separate administration and keep its own army but under Chinese sovereignty. Taiwan, however, rejected the Communist Party’s offer.

The island has since been run as a separate entity from the mainland China, though Beijing never gave up its claim over Taiwan.

The idea of two systems in one country resurfaced when Beijing started talks with Britain and Portugal, who were running Hong Kong and Macau, respectively.

In Simple terms, it means that the Hong Kong and Macau Special Administrative Regions, both former colonies, can have different economic and political systems from that of mainland China, while being part of the People’s Republic of China.

What it means for Hong Kong?

Under the Hong Kong Human Rights and Democracy Act passed last year in support of Hong Kong’s months-long pro-democracy protests, the US government must annually verify to Congress that the city remains autonomous from China, or risks losing its special status with the US.
Hong Kong’s special trade and economic status with the US exempts it from the tariffs and export controls imposed by Washington on mainland China.
Under the United States-Hong Kong Policy Act of 1992, the U.S. treats Hong Kong, a semi-autonomous part of China, differently than the mainland in trade, commerce and other areas. 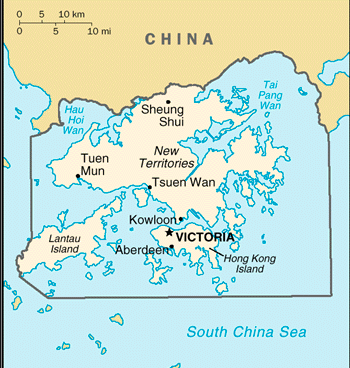